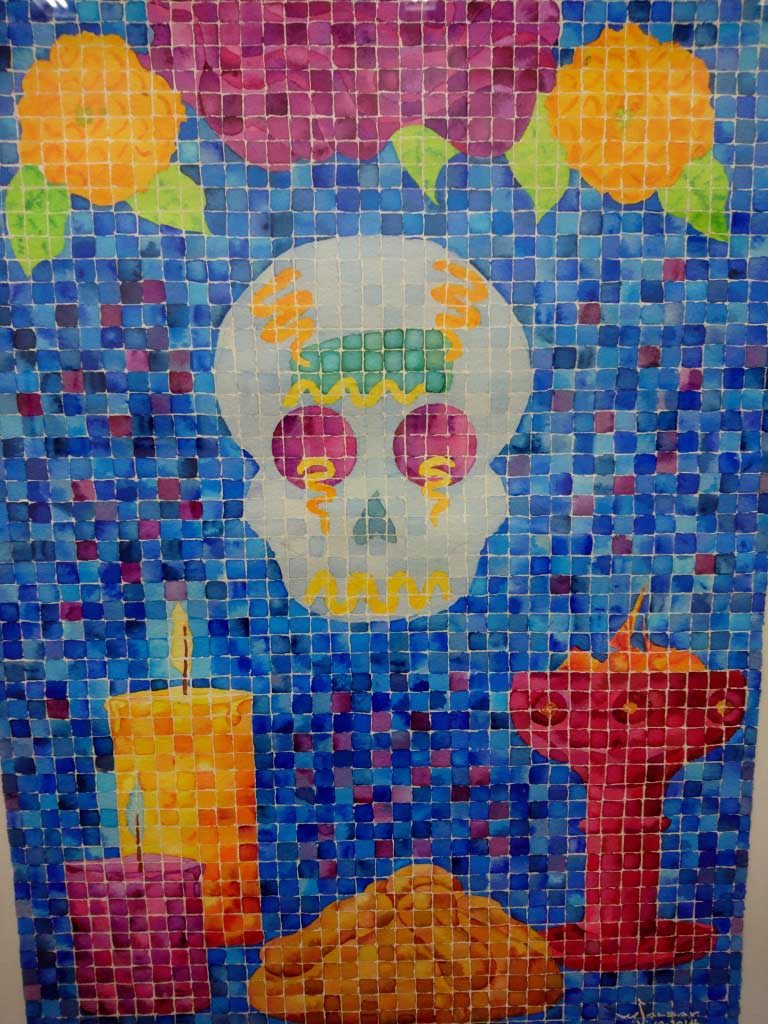 Visit Mixquic for Día de Muertos?  Not with us!

I love love love Day of the Dead, it is my favorite Mexican festival and sums up what I most treasure about Mexico’s attitude towards life and death.  However, I loathe and despise going to Mixquic for Muertos. Even 20 years ago it was a giant tourist festival, with the locals being a very small minority and masses of people from Mexico City and other countries coming in to watch the few locals celebrating their dear departed ones.

To really feel Dia de Muertos, you need to go where the outsiders are the small minority, where the vast majority are the locals having their very personal interaction with their dead.  We can do that, but not at Mixquic.

Until just a few years ago, Dia de Muertos was not much celebrated in Mexico City any more. It  used to be celebrated primarily in smaller cities and indigenous villages, but then international tourism began to get more and more attracted to this festivity and the city began to do its own Muertos activities.  These are public events, exhibitions and parades, and then it all exploded with the James Bond movie Spectre, and still more with the movie Coco. Now the city puts on the parade just like in the movie. Parades are fun and the art exhibitions are beautiful!  We enjoy them, even as we keep in mind that these have little to do with the very personal and intimate tradition of welcoming back your beloved, of celebrating their memory and your love for them, for a little while each year.

Dia de Muertos and Halloween are not at all the same thing.  There is nothing scary or spooky about Dia de Muertos. But scary and spooky is also fun, and Halloween is a great festival!  These represent polar opposites as far as the relationship that we the living, establish with death. Death as permanent companion to life, and Death as the terrifying end to life.